Like Cities and the Wealth of Nations, it is no coincidence that Jacobs wrote Systems of Survival in the wake of the Reagan/Thatcher era. As an analysis of the “moral foundations of commerce and politics,” Systems rejected the idea that government should be run like a business. Inspired by Plato’s Republic, Jacobs sought to show that commerce and governance required two completely different moral systems and that the idea of applying the moral system appropriate to business to government was, at best, deeply misguided. At worst, it was an invitation to the systemic corruption that resulted from the inappropriate mixing of moral systems’ values and activities in inappropriate contexts. For example, while trading and elling are appropriate in the marketplace, government officials are expected not to sell votes, collude with corporate interests and serve private donors, or profit from office or the markets that they are charged with regulating. For these reasons, “officials are forbidden to take a job in a business they have regulated, or a job lobbying former guardian colleagues, until a year or two has elapsed after they have left government service.” 29

Following her study of morality and corruption, Jacobs’s sequel to Systems, The Nature of Economies (2000), was a hopeful book. Drawing, among other scientific and economic sources, on Gaia: A New Look at Life on Earth (1979/95) by James Lovelock, The Next Economy (1983) by Paul Hawken, Biomimicry (1997) by Janine Benyus, Symbiotic Planet: A New View of Evolution (1998) by Lynn Margulis, and the research that led to Cradle to Cradle: Remaking the Way We Make Things (2008) by William McDonough, Jacobs sought to revive the harmonious classical relationship between ecology (oecology) and economics (oikonomia).

In retrospect, …, Jacobs accurately predicted the cultural decline represented by the Trump regime. Indeed, she could well have been speaking of 2017 when she wrote,

Legions of hired liars labor to disconnect reality from all manner of images — images of personalities, of legislation, of corporations, of places, and of activities. Spin-doctors, virtuosos of deceptive image making and damage control, have become authoritative spokespersons in political campaigns and troubled institutions, able not only to disconnect reality but to construct new reality. 35

Jacobs concluded Dark Age Ahead by observing that the United States “has often been equated with Rome by historians and social commentators seeking modern lessons from Rome’s mistakes.”36 But she was not hopeful that the nation would recover from its spiral of decline.36 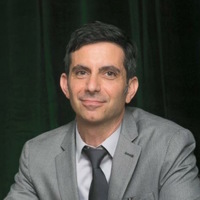 Follow Systems Community of Inquiry on WordPress.com
Join 781 other subscribers